Back in 2018 Vicinity Centres announced that they’ll be laying a cumulative 191km of solar panels (not in a line, although that’d look cool) to install shopping centre solar on 17 of their premises. Touted at the time as “Australia’s largest-ever property solar program”, it’s been adjusted slightly and now consists of a mammoth 31.8MW over 22 sites, or the equivalent of powering 8,346 houses annually.

Karratha City shopping centre and Runaway Bay centre are the latest to have their solar systems turned on with the former consisting more than 6100 solar panels –  the 2.3MW project will generate 3,900 MWh p.a. and costs $6m. The Runaway Bay centre solar program is a little more modest at 1.3MW; costing $2m, the shopping centre solar project will generate over 2,100 MWh p.a. from its 2,900+ panels.

Executive General Manager Shopping Centre Management Justin Mills was quoted early on in the piece as saying: “We know our centres have a considerable footprint in our communities which is why we’ve committed more than $75 million towards stage one and stage two of our solar project.

The NABERS SPI is Australia’s first publicly available index showcasing the proven environmental performance of the top 43 building portfolios and funds across the country and Vicinity has been recognised as a top 10 organisation for multiple years, with the latest report noting a 4.4 star NABERS Energy rating, up from 3.9 stars in 2019.

“Vicinity is delivering on its sustainability strategy, utilising solar, water efficiency and waste reduction to deliver consistent year-on-year improvements, and take another step closer to our target commitment of Net Zero carbon emissions by 2030,” said Meredith Banks, Head of Sustainability.

Chairman Trevor Gerber released an update at EOFY2020 which explains their sustainability strategy in a little more detail:

We are tracking well towards our Net Zero by 2030 carbon target, having reduced our energy intensity by 20% from our baseline*, and by continuing to progress our on-site solar program across our wholly-owned retail assets.

Fantastic to see such a gigantic company fully embracing renewable energy and committing to decreasing their carbon footprint. And if it turns out to be a savvy business decision (which it is!), that’s another feather in the caps of the team over at Vicinity. Hopefully we continue to see other major retailers follow suit. 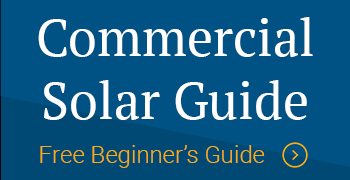